What happened in Vegas...

Time to catch up...and give you a peek at Amy's photos of Vegas. The ones we can share, anyway...hee hee. Just kidding, husbands.

Most of these need no explanation...except perhaps the pink cake. Turns out Amy has a sweet tooth! We had lunch at the Treasure Island buffet one day (love their custom salads!) and while I was jonesing for the COTTON CANDY and the hot miniature donuts (and I only had one of each), Amy made friends with the pastry chef and he fixed her up with that jumbo slice of Pretty Pink Princess Cake and other delectable goodies.

All a ball, and I can't wait to go back. As for the rest of life, both Amy and I have had super busy weeks, and everything is well. Please join us in sending get well wishes to Amy's colleague Corinna, who is out recovering for the next few weeks.

Playing in the desert 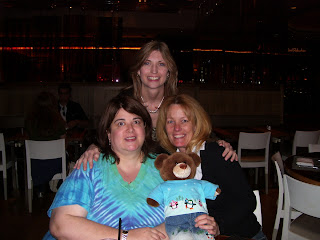 Alas, it had to end. I keep waking up, wishing I were back in the warm sunshine, listening to upbeat music (it seemed to be 80s week in Vegas) and sipping on a girly frou-frou drink. But NO. Grown-up life and reality beckons. Sigh.

This is the first of several photos we'll share with you...I'll toss the wicked ones into a slideshow over the weekend so you can see what really went on in the land of sun and sin. Hee hee. Just think pink! The trio here is, of course, Amy, Packy, and me (pamela), just after our yummy lunch at Wolfgang Puck at MGM. Of all the things I consumed in Vegas, their potato chips with blue cheese are what I'm missing most.

The Money I Took to Vegas Stayed in Vegas

There is nothing, NOTHING like a few days in Vegas to make you forget about the real world for a while! A few weeks ago, Pamela invited me to join her for a girls' getaway. She had a ton of comps and miles, and I found a great fare on Frontier Airlines (which is now tied with Southwest in my eyes with regard to customer service and on-time flights!). We flew out last Tuesday and spent the rest of the week in the bliss of the desert. Ahhhhh, SUNSHINE!

Vegas was Sahara's most favorite city. It was so strange to be there without her...I saw her everywhere I looked. At one time I stood alone on the sidewalk in the middle of the strip and looked north and south, seeing all of the places we liked to go and remembering the fun we had there. Seeing Rick do EFX at MGM so many times. Late night desserts with Packy at Wolfgang's. The lions and the magic shop at MGM. Donuts and chocolate milk at the Krispy Kreme factory in Excalibur. Hot dogs at New York New York, and Sahara being furious because she wasn't tall enough to ride the roller coaster there. Buying stuff for Shannon at the ESPN Zone. M&M's World and the wonder of turquoise M&M's. The Forum Shops at Caesar's, home of the world's best chocolate covered gummi bears. The Eiffel Tower at Paris, which we scaled on a day that was no less than 110 degrees...it was SO hot in there! The Secret Garden at the Mirage, where I swear the dolphins and she were literally talking with one another. We did it all. I got tears in my eyes several times while I was there, just taking it all in. She never stopped smiling when we were in Vegas.

Let's see...Pamela and I had dinner at Mon Ami Gabi at Paris on Wednesday night. It was chilly and windy, but we still enjoyed our lovely meal on the patio, which banks the strip and has a great view of the fountains at Bellagio. Quite a backdrop for dinner, I thought!

Amy was very brave here. I don't get cold (it's the extra padding I carry around) and I was freezing. I swear, by the time our dinner was done, my poulet grandmere (high-falutin roast chicken) was frozen. I went into the casino and asked the cocktail waitress for hot chocolate.

Thursday night we saw "LOVE" at the Mirage. If you have the opportunity, definitely see this show. It's a Cirque de Soleil production based on the music and story of the Beatles. The performers were so young...so exuberant...and almost superhuman at times. It was great.

I'm now considering a new career in covert operations, because Pamela and I pulled off the best surprise ever last Thursday. Pamela had arranged to have lunch with Packy at Wolfgang's at MGM. I waited, oh-so-stealthily, in the slots areas until I saw Packy walk to the table where Pamela was sitting. I let them say hello and get seated, then I sneaked up behind Packy and ta-daaaaaaa, surprise! She was so shocked and the look on her face was truly a Kodak moment. LOL! We had the greatest lunch. We were also lucky enough to hook up with her a couple more times during the week, including a fabulous Japanese dinner at Hamada (Sahara's fave restaurant) on Friday night. I am SO BLESSED to have such good friends as these gals...it was wonderful spending time with them and I'm so glad that I had the chance to do so. We reminisced about so many great times.

Before dinner on Friday night we saw "KA" at MGM. It's another Cirque show, which guarantees spectacular sets and unbelievable stunts...wow. I couldn't believe how huge this production was...it took the place of EFX, and I was amazed at how they transformed the theatre for the new show. Everything in Vegas is larger than life!

We otherwise filled our days with sunning, shopping and assorted slot play. It was revealed that Pamela is much, much luckier than I am. I think I'm pretty much cursed in the gambling department. Evil one-armed bandits! LOL. I had a blast, though, and wouldn't trade a single moment of my vacation.

Luckier, perhaps, but I have just as much bad luck as good. I didn't return home with the buckets of cash I'd envisioned. Sigh.

I took advantage of every second I could in the sun, primarily at the pool at Treasure Island. I stayed there until at last our trip was over and I had to catch a cab to the airport. Pamela and I said our sad goodbyes and vowed to go back again soon.

One minute I'm basking in the desert sun, the next minute I'm getting off the plane in St. Louis, greeted by freezing temps and spitting rain. YUCK!!!! Bless Shannon, he had my sweet tea waiting in the car. (Vegas has a lot of great food and drinks, but the tea situation is sorely lacking!)

We had a very late meal at Waffle House on our way home from the airport. I'd forgotten how, um, "interesting" that place can be in the middle of the night. We breakfasted with the drunken dregs of humanity and soaked up the local ambience. The experience was made complete by two highly inebriated females fistfighting on the sidewalk outside. Good, good times.

Speaking of Shannon, he did a secret project of his own while I was gone. When we got back home and I walked into the house, I nearly passed out - he'd had hardwood flooring installed in the kitchen, dining and living room areas! WOW!!! It is so gorgeous. What a fantastic surprise. I was just blown away and so impressed that he was able to get it all done while I was out of town. It makes such an incredible difference in the house! Thanks, Shannon, you rock. :)

Now it's back to reality...back to work, and back to trying to fill my days with something worthwhile. We're almost ready to announce our plans to raise a bit of cash for MVTH; just a few more details to iron out before we get this thing rolling.

The forecast for Vegas is sunny, with highs in the low 90's. In Cape, not so much. WAHHHH!

Have a great week!

Running away to join the circus

We're back! The palm trees were gorgeous, the skies were blue and sunny, and after five minutes in the hot Vegas sun, I turned pinker than a giant wad of cotton candy...which I indulged in, too. Yum. It was a wonderful vacation, filled with good conversation and company, delicious food (fish tacos!), excellent shows, and just a few frou-frou drinks with little umbrellas.

And if you notice I said we, that wasn't an accident. Amy and I ran away to Las Vegas for a girls' week in paradise. We laughed, we cried, we told Sahara stories, and we surprised her dear friend Packy who thought she was just meeting ME for lunch. What a treat to watch her face as Amy strolled up to the table.

It was terrific...but I flew home on the redeye and I'm still on Vegas time...so I'm crawling into bed. Photos later! 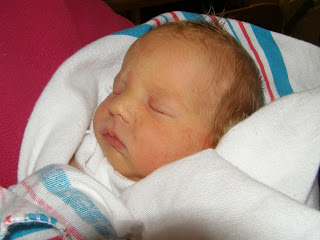 Direct from his adoring Gramma Dooley, may I introduce Aidan. I think he looks a lot like Jen.

Congratulations, all you wonderful Dooley people. He's a beautiful boy.

Good morning! Just a quick check in to say hello and let you know everyone's doing just fine. Gramma Dooley has a new grandson! I'll see if I can't wrangle a photo.

I'm on my way out of town for a multi-part vacation. Can't tell you about ALL of it just yet, but the first chunk involves hours and hours with my best boy friend in the world (yeah!), the christening of my youngest nephew, Landon, and time with my parents, brothers, and their families.

Part two takes me to sunshine, palm trees, great food, excellent entertainment, and did I mention palm trees? Not to mention...well...I will hush. But PALM TREES!

Honoring Her Memory...Helping Others Celebrate Life

Sahara loved the horses and the people at Mississippi Valley Therapeutic Horsemanship--and they loved her right back. If you would like to honor Sahara's memory and help this wonderful place, please start here.

Finding the voices behind this site